Cast your mind back to the beginning of 2014. The highlights on social media and the news as the fad that took global attention and caused great fear to all parents. This fad was Neknomination and it meant that people used social media to challenge people to drink large or dangerous amounts of alcohol and record for online sharing, or risk the forfeit. To enhance social media attention, these videos and images are to be hashtag #NekNomination. After completing this challenge, it’s their turn to nominate someone else on a public forum such as Facebook to do a similar stunt within 24 hours. If the person does not do it, then they are breaking the “Chain” and will be called names and excluded by their mates. One casualty in Ireland was Ross Cummins, see picture. 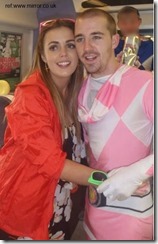 It had taken over in Ireland very quickly and really the effects has never been known. But as always its only when tragedy strikes, we learn the real horrible truth. Fast forward 1 year, we have another challenge; “72 hour challenge” or “Game of 72”, both names mean the same challenge

What is the 72 Hour Challenge

Basically, it’s like the Ice-Bucket Challenge, Neknomination, paracetamol challenge; where someone is dared to go missing for a total of 72 hours and never let on to friends or relatives where they disappear to. The aim of the game is to get as much social media sharing of this disappearance and put fear into more people about the whereabouts of the missing person. Police/Garda would appeal to public via online and offline means regarding information leading to finding the missing person. This was evidence that the person had taken off and the challenger (person who setup the challenge) would then know the challenge has been taken on.

Apparently this challenge began in France, with the first local case recorded of a 13 year old girl disappeared for 3 days. She came back and reported to police she was on a challenge set on her via Facebook. This was the first of the challenge being heard of, it has not been heard much elsewhere. Even reports that England and USA had mystery disappearing teenagers dubbed the game of 72, the realism and facts of these cases are unreliable. There is chatter on social media about such cases, but no real hard facts can be found.

But police worldwide took no chances and starting warning parents of this suspected game online. When stories like this are picked up, it’s better to air on the side of caution.

France also had the tragedy of another challenge in 2015, where people were dared to jump into rivers or open sea. A 19 year old Northern French male died as he plunged into the sea on a 48 hour dare called “a l’eau ou au resto” (meaning Water or a restuaruant). This began in Norway previous months. See picture below of 2 men taking part in this challenge.

Do you believe in the challenge?

Whether the facts of these cases are ever proofed or not, it does lend weight to the phenomenon of the how challenges can sent people taking risky games to show the world how popular they can become online. There is no fun in tragedy. Again, how far did we ever think social media would have taken our lives to a new dimension. People have online and offline lives, some are the same and others are not. How has social media become part of your life?

If you would like a workshop for a parents association, workplace conference, sports centre talk and many other venues, please contact me on 086-2377033

For more information & tips on Cyber Bullying & Internet Safety log on to www.CyberSafetyAdvice.com or contact Niall Mulrine 086-2377033 if you wish to hear how you can haven Internet Safety workshop in your area.

← How much of life do we live on social media -Part2
Should my child be on Instagram? →