Are you addicted to your mobile phone?

Brought to you by Niall Mulrine, Pc Clean and www.CybersafetyAdvice.com

The fear of being without contact with the World

A condition called “nomophobia” is described as the fear of being without mobile contact. This has happened so fast that it’s not in medical text books yet, but it’s known and discussed between medical professions. In Spain, 2 young teenagers were admitted to a mental health facility to get treated for their over reliance on their mobile phone. When quizzed how often they used it, the answer startled doctors, that they spend a staggering 6 hours a day using the phone. In Ireland alone, I have come across teenagers in the age bracket from 13 -17 years old would send between 150 and 250 text messages a day. This has been enabled more with the widespread of free apps on phones that allow free calls and texts such as Viper and Skype. If it was costing the normal 11 cents per message, these teenagers would not be so willingly sending this amount of messages.

“You take my wallet but not my phone”

Can we manage without phones

In America, a new study conducted by Michelle Drouin, which appeared in a journal “Computers in Human Behaviour” stated that 89% of undergraduates have spoken how they have “Phantom Vibrations” in their pockets. These are the vibrations people feel on their legs that makes them think their phones are vibrating with either an incoming phone call or incoming text message. What this illustrates is that people are so aware of their phones than when it’s not vibrating they imagine it is. Can we manage without our phones? 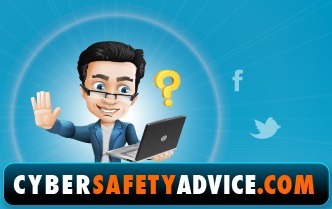 For more information & tips on Cyber Bullying & Internet Safety log on to www.CyberSafetyAdvice.com  and www.PcClean.ie