THE BULLYING EPIDEMIC – WHAT YOU AND YOUR CHILDREN NEED TO KNOW

To find out more from Kevin and his articles, click on http://www.kenneymyers.com

On September 9, 2013, following a year of verbal abuse and bullying, 12-year-old Rebecca Ann Sedwick decided that she couldn’t take it any longer. She messaged a friend about her intentions, changed her screen name to “That Dead Girl” and climbed the tower at an abandoned concrete plant and jumped. Her mother told the local newspaper, the Lakeland Ledger: “I never had a clue. I mean, she told me last year when she was being bullied, but not this year, and I have no idea why.”

According to the National Center for Education Statistics (NCES), 64% of young people between the ages of 12 and 18 have been bullied. In Sedwick’s case, the bullying included verbal taunts, threats and even an incident of physical aggression. When Sedwick sought relief by enrolling in a different school, the bullies simply followed her online, taunting her via text messages and social media. 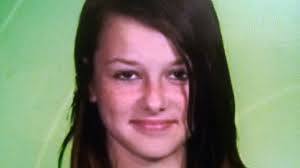 For as long as anyone can remember, the domain of the bully was a face-to-face encounter in the schoolyard. Today, while bullies might still meet up at school, much of the behavior has shifted to online media. This has changed the nature of the attack, since online abuse can feel relentless. Whenever the victim picks up a text message, reads a tweet or goes online to check a social media site, the bullying can resume. Worse, bullies can amass a huge following. One so-called “drama queen” actually had a following of more than 500 other children.

Online bullying is at epidemic proportions: Consumer Reports estimated that in 2011, 800,000 young people had been bullied on Facebook. If you are a parent or caregiver of a child, it’s time to get the facts so that you can teach your child what to do if he experiences face-to-face or cyber-bullies. The first step is to let them know exactly what a bully is and how to recognize bullying behavior.

A bully is not someone who engages in a single incident of teasing or horseplay. According to Dan Olweus, bullying has three characteristics: 1) it is intentional behavior, 2) it is repeated over time, and 3) it is characterized by an imbalance of power in terms of physical strength or social status. Examples of bullying behavior include the following: when another student (or several students) insults, harasses, spreads lies or rumors about another child or threatens or physically assaults a peer.

What can you do to help prevent abuse?

When you talk about bullying with your child, make sure that he understands that no one should be the object of repeated teasing, name-calling or ridicule. Talk to him about how bullies target someone, and explain that a bully tries to isolate his victim. The best thing to do when you are being bullied is to get help. As the parent, you are your child’s best ally, but let him know there are many other allies he can turn to, including teachers, guidance counselors and school administrators. All of these adults are trained to intervene.

Of course, the best way to inoculate your child to bullying is to make sure he has healthy self-esteem. Let him know that he deserves respect. Tell him it is never his fault if he’s being bullied; it is always the fault of the bully. Children need help understanding that ignoring the problem usually makes it worse. If they are unable to stop a bully, get help. Bullies have power because they isolate their victims. If the victim gets help, then the bully loses all power. You have to confront a bully to make the abuse stop.

Parents of young children should start early, helping them learn and practice basic assertiveness skills. If someone takes something of your child’s or violates his personal space, teach him to say “no” or “stop doing that.” Children should know that they can set boundaries with their peers. 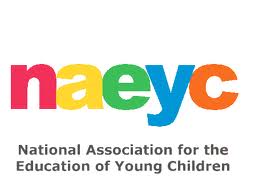 According to the National Association for the Education of Young Children, “Children who express their feelings and needs while respecting those of others will be neither victims nor aggressors.” Help your child identify their feelings and express them through “I” statements. Teach him that he can confront someone who is being controlling or abusive. For instance, “I feel hurt when you take my toy, and I want you to give it back.”

One of the most important things you can teach your child is to be Internet savvy. Although some bullying starts with a face-to-face conflict, plenty of bullying today begins with incidents of so-called “over-sharing” on social media. Talk to your children about the risks and dangers of sharing personal statements online.

Elizabeth Englander of the Massachusetts Aggression Reduction Center advises parents to ask their children if they think their posts are automatically private. If they say yes, then they need to think again. Even if you set your account to private, it just takes one friend making a screenshot and sending it out to everyone else for your privacy to be gone. Once that happens, you can never get those statements back.

Here’s another mistake: teens often think that their friends will keep their online secrets. Englander has researched this topic extensively. Not only do they not keep secrets well, they are not even thinking about their friends when they break their confidence. Teens gossip to gain status with other teens. It may be shortsighted and impulsive, but it’s also typical teen behavior. Make sure your teen knows that this happens all the time.

• Set a Google alert to your child’s name. If there is any negative material (or any bullying) that pops up online, you’ll be among the first to know.
• Keep up-to-date on the latest apps and sites. It almost goes without saying, but if you don’t understand the technology, there is very little you can do to protect your child.

How can you recognize if your child is being victimized?

Too often parents assume that that their child will tell them if there is a problem when, actually, there is ample evidence to suggest the opposite. Very few children disclose bullying. According to a 2008-2009 School Crime Supplement, two-thirds of the time teens are bullied they never report an incident to anyone, including their parents. This means you need to be watchful. Ask questions of your child and make sure you are looking for problems.

Symptoms of possible bullying include the following:

• Your child comes home missing items (books, electronics, etc.).
• Your child avoids school, does not want to attend classes or is unwilling to take the bus. Often these children will use excuses to avoid school (complaints of a stomachache or sickness).
• He appears injured (cuts and bruises).
• He has few, if any, friends (socially isolated).
• He has trouble in school, appears disinterested and/or receives poor grades.
• He appears sad or depressed when he comes home.
• He has trouble sleeping or suffers from bad dreams.
• He appears anxious and suffers from low self-esteem.

If your child displays any of these symptoms, talk to him and get help. Reach out to school administrators and work with them to help your child. Find a therapist for your child to talk to. If it appears that he is being victimized, consider taking away his cell phone and limiting his social media use. He may not be able to handle the pressure he’s receiving from peers.

How can you tell if your child is bullying others?

Of course, it is just as important to recognize if your child is the bully. Bullies (especially online ones) may look strong and competent, but in reality they also suffer from depression and low self-esteem.

Here are some warning signs that might alert you if your child is the bully:

• He’s confrontational and prone to physical or verbal fights.
• His friends are known as bullies.
• He’s known among siblings as a bully or aggressor.
• He has discipline problems at school.
• He doesn’t act empathetically towards their peers.
• He’s excessively worried about popularity, looks and/or reputation.
• When he does get into trouble, he doesn’t take responsibility for his actions.

If your child displays these behaviors, get help. There is every reason to worry as much about a bully as those that are bullied. Take these symptoms seriously and involve professional help.

One final piece of advice: the best way to teach your child anything is to model the behavior yourself. Demonstrate tolerance to your children, show them that you respect others and let them know you are willing to listen. If you see bullying, step in and set a limit. Let your children know what you did and why. Over time, you’ll learn together how to combat bullying, avoiding tragic fates that plague so many other kids.