By admin on January 4, 2013 in CYBER BLOG, CYBER BULLYING 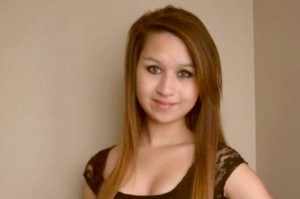 3 suicides due to Cyber Bullying in the last 6 weeks

Cyber bullying has increased nationally over the last few years, but the recent news in the North West of Ireland has given more insight to what the children are really doing whilst they are sitting on their phones or keyboards. Recent losses of 2 teenage girls who are only starting out in their lives, have been attributed to online social media platforms and forums. Only 6 weeks ago, Leitrim native 15 year old Ciara Pugsley took her life after the taunting abuse from online platforms. Globally, Amanda Todd took her life after years of abuse offline and online. She moved from different schools to escape the torment, but it followed her everywhere with the aid of the web. Even after her death, people are posting horrible and disgusting comments on how she died, how little they thought of her and the sheer lack of humanity in these comments should make us wonder, if people realise the mental torture they are causing others. 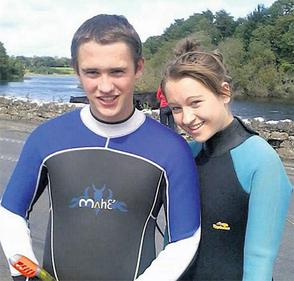 This weekend, another tragedy had to happen to arise the term of the consequences of bullying. 13 year old Erin Gallagher from Ballybofey, Co. Donegal took her life, as a result of bullying. Within hours, a Facebook memorial page, called RIP Erin Gallagher, was setup to allow Facebook users to express their feelings to the news of Erin. Her own Facebook profile has been busy with friends, family and strangers expressing their sadness of her loss and their anger at the perpetrators. Sunday morning this page had 234 Likes attached to it, with only a photo of Erin and below it a statement to say “post ur comments here”. From the language, it would be evident that the person to set this up is in the youth category. By Sunday afternoon, this page had reached 1442 Likes with comments such as “Rip , u wil b badly missed

ur are a lovely girl an what ever is wrong with people these days to do such a thing is horrible :’( xx”. People from Australia have even commented to say how sorry they are to hear such a tragedy, all via viral effects of online comments. 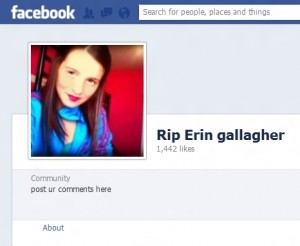 Cyberbully Victim Erin Gallagher from Ballybofey, Co. Donegal took her life on 27/10/12 after being tortured offline and online at ask.fm website

People have posted comments of their thoughts and anger towards others for this loss on lots of other sites and platforms. Lots of people are pointing fingers at the bullies and saying they should be named and shamed online. This would lead to more abuse to those involved online and maybe the people involved did not realise how much hurt they caused. Studies have shown that the bully is often a victim of bullying too. Recent studies found that one third of bullies have actually been victims of bullying themselves.

You become a digital citizen when you use a digital device such as a computer or phone to interact with other people. Sitting in cafes, bars, schools, shops and parks we see children connected with their most important accessory; the mobile phone. So much so, that a study found that 51.7% people would rather lose their wallets that their iPhones. The hold these devices have on people is because people are afraid they will miss out on something or miss potential news. Most youths love to share where they are and who they are with online with use of GPS tools on social media sites. The adverse effect of telling everyone too much is that this information can be used dangerously in the wrong hands.

Future of online abuse is not going away any time soon and people are worried what they should be doing to protect their children. As an IT consultant I could suggest many hardware and software solutions until I’m blue in the face, but lots of research by physiologists have found that the first step is opening up within the family and try having as much honest communication about their children’s use of internet devices. One quick question a parent can ask is; I see you have 200 friends of Facebook, how many of these are your close friends and could you tell me about each one of them. The pressure to have friends has summoned children to add as many friends as possible and often just accepting any friend request to build up the friends list. This will give good standing to their friends that they are “popular” people.

Some tips for parents are available at http://www.pcclean.ie/internetsafety/parentstips/ and some tips for children to stay safe online.

For Children wanting a few tips on what to do or react when contacted online by people that make them feel uncomfortable. http://www.pcclean.ie/internetsafety/internet-safety-for-children/

(Please note this was originally posted on partner site www.pcclean.ie in October 2012)