How much of life do we live on social media?

It’s something worth noting that we may tend to have 2 lives whilst living in this 21st century. One life is the normal day to day life waking up, going to work and family time. The other life is the entity we create online on our many social media platforms. Some people have the same persona on offline and online, whilst others take an approach of invincibility when they go online. In simple terms, people tend to say and do things online that they would not normally do offline? But why? As a student once said to me in Cork in 2012, “people become keyboard warriors once they are hiding behind a screen” and this divides the moral compass that normally sterns them in the right direction in an offline world.

In that same period of 2012, whilst in Cork delivering an Internet Safety workshop to school, a local journalist Sandra Quinn who writes for the Avondhu Press in Cork, interviewed me about my work on Internet Safety workshops. At the time I was in Cork, she was in the middle of a 4 week special on Cyberbullying in the Avondhu Press and had local secondary schools put together their own investigations within their own schools and peers. For her good work on this subject she got repaid on the 10th February 2015 on Twitter by a troll. Ironic that this was the same day that over 100 countries were celebrating Safer Internet Day 2015 and to help celebrate, a troll took an attack on 6 unsuspecting victims on Twitter who entered their photos to win a promo flight to their chosen destination. Sandra Quinn was one of those unsuspecting Tweeters as she got told to “join weightwatchers” by a troll. Sandra was not initially hurt by this, but as the day went on, it sat uneasy with Sandra and she finally broke down that evening at home. Sandra herself will tell you that she is a very confident person and was taken back how this took the wind out of her sails. She has received great support from family and friends after this. This is vital if anything happens, to immerse yourself in a positive environment with people you like, know and trust.

How paths cross again when Matt Cooper’s production team from TodayFm picked up on this story, they had setup interview with Sandra live on 17th February. Not knowing when they researched for someone in area of Internet Safety to come on the show, that it would be a case of 2 people reconnecting but on different strands this time. The team asked me if I would come on the show to help them get a better understanding of the situation and backgrounds to the role of a troll. The main content of the interview surrounded the act of why people start attacking others online that they either know or don’t know. In this case the perpetrator did not know their victim, which made it a little uneasy for Sandra. Reasons why people troll or attack others for no reason, are endless and on this case, there was no reason or background to it. But it was an act of attacking 6 people on Twitter that entered the same competition from Ryanair. Sandra dealt with the situation in a rational matter which has helped her and her audience to overcome the control the troll may of wanted to take on. 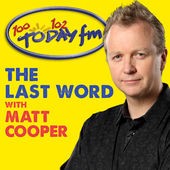 To listen to the interview http://bit.ly/MattCooperSandraQuinn it starts on the 18th minute and Sandra shared her story while I gave information on trolling and online privacy. But importantly to keep in mind, is that Sandra is an adult and it affected her so much even a week after. What Sandra has in her tool box that lots of children don’t have is; the confidence and ability to speak up on a trolling experience.

Children worry about speaking up about online activity

Children can be less vocal than an adult when it comes to speaking up about their activity online. When a par 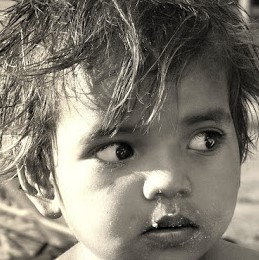 ent asks the question to their child in relation to what they are doing online, the child could go into a defensive mode, as they think they are in trouble for something. This is out of worry that they may lose their devices or internet time. Also, this is a good time to question your child’s reaction. If they get defensive to begin with, then there maybe something going on that they are worried about. Think in simple terms; you know when your child is up to something and you don’t hear them in the

house for example. First thing you do is call out “Darling are you ok? What are you doing?”

The answer will be “Nothing!” The magic word “Nothing” is well known to men in relationships also, when a man asks their partner “Is anything wrong?” And reply is “Nothing”. This is an answer to give clear indication that there is something wrong! But returning to the child, the reaction is much similar only. When they are at “Nothing” means they are up to “Something” and that “something” is normally an act that they know they down in their conscience that it’s not a good thing to do but it feels like fun and I want to do it. So, when asking your child about their online activity, ask with care and prepare time aside for a sit-down talk there and then. It’s better to have the heart to heart on the moment and not walking away from the issue if the child starts to question some activity they have come across.

Children are to be praised not reprimanded for their feedback

It’s important to praise your child when they come forward to you as their parent on their activities that take up their time, whether it’s online or offline, it makes no difference, but the trust created is imperative for further engagements. The channel of communication between parent and child is vital for the safety of child, when using any device to access online resources. In this 21st century, children have been thrown into a realm of connected device syndrome and with this atmosphere, everyone has been transported into a go-go-go situation. With the rush rush stratosphere we live in, it’s sometimes difficult to oversee the small important moments in our lives, with the time constraints the world has us all evolved us into.

Apparently, children aged up to 21 years of age need direction, boundaries and rules to keep themselves in line with not crossing the line of moral and immoral. This is where a warm relationship with parents can help the child think for themselves in a way that will make them question their own moral values. In the next article, we will cover this.