What have Children and mobile phones got in common?

By Niall Mulrine on March 20, 2014 in MOBILE PHONE ABUSE, SECURITY

What a question? How can we put children and mobile phones in the same sentence? Well believe it or not, you could be mistaken by thinking I am going to write about children using phones? That would be by no means strange. But recently, in Dublin Castle, the Road Safety Authority of Ireland (RSA) had a conference talking about a recent study conducted on distractions for drivers on the roads in 21st century.

Sorry darling, I can’t text, drive and hand you toys at same time

30 drivers over a 18 day period were asked to record on a daily basis their experiences driving in a 21st century world, where we are connected to all people at all times. We have become a nation of people that are reachable within 4 rings. This gave imperative feedback into what is really happening on our roads today. We only have to watch what oncoming drivers are doing when we meet them on the road. If there head is not tilted down, then it is possibly titled to one side.

What do drivers really do behind the wheel?

The distractions found by this group of people ranged from eating and drinking meals, to listening to the radio or playing cds, talking on the phone, texting on their mobiles and dealing with demanding children. People rationalise these actions by saying they live in a fast paced world and only get them to deal with some situations on the phone when they have a car journey to make. Professor John Lee, Department of Industrial and Systems Engineering in the University of Wisconsin, spoke on RTE Radio before the conference and said “We cannot drive safely if we are multitasking as our peripheral vision is not getting used”. We should only do one thing whilst driving was John’s message and that was to, drive safely and only drive when doing so. When people try to do more than one thing at a time, one of the processes does not get done properly.

Can accidents occur if drivers are distracted?

Mr Gay Byrne, Chairman, RSA revealed that over 11,274 collisions that happened in Ireland last year could have been caused by driver distraction, which some ended in tragedy. Gay also mentioned that although drink and speeding is largely responsible for accidents, distactions are as dangerous and lives are lost with this. People need to get back into habit of disconnecting from the world’s demands when driving. 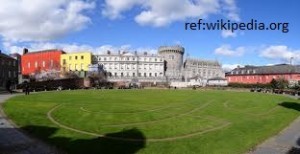 Is it against the law to text and drive?

Irish Minister for transport Mr Leo Varadkar TD, announced penalty points will increase from 2 points to 3 points on Irish licences if the driver is caught with a mobile phone. His message was to turn off the phone once you enter the car and not to communicate outside the car whilst driving. Keep it simple. National ‘Switch Off Before You Drive Off’ Campaign next Thursday 27 March will see the kick start campaign together with An Garda Síochána and RSA to raise awareness of road safety and mobile phones.

Is there a Phone App to drive safely?

Off course a 21st century driver will ask, “Is there an App to drive safely?” There are many Apps on both Apple and Android that will turn off functionality of the mobile when the owner starts to drive. Some range from deactivating coverage of text, calls and mobile data, whilst others may speak out the messages that come in, inform the caller you are driving and much more. Some of these are DriveSafe.ly, SafetyGo, Safe Driving Text Machine, Drive Safe Mode and more.

If you are interested in finding out if how you can curb your mobile use whilst driving, monitor your children’s driving and secure devices. Contact me Help@CyberSafetyAdvice.com or Ring 086-2377033 for more information